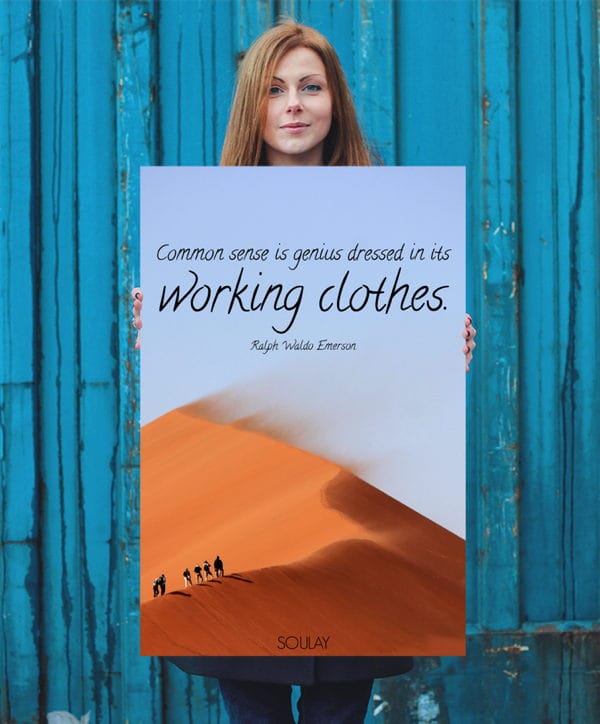 “There is nothing more uncommon than common sense.” ~ Frank Lloyd Wright
Perhaps it’s a good thing that we don’t all think the same and come to the same conclusion. Imagine that!
A rational, objective view may seem obvious to those that have it, but still be rare because others perceive through a curtain of prejudices, fixed beliefs, generalities, missing information and all of their own personal conditioning, education, influences, experiences and peculiarities.
And a “rational, objective” view can turn out to be false because it wasn’t so rational and objective after all, just seemed to be. Like David Sarnoff’s associates in response to his urgings for investment in the radio in the 1920s: “The wireless music box has no imaginable commercial value. Who would pay for a message sent to nobody in particular?”
“It is a thousand times better to have common sense without education than to have education without common sense.” ~ Robert Green Ingersoll
On the other hand, as T.S. Eliot said, “It is part of the function of education to help us escape from the intellectual and emotional limitations of our time.” 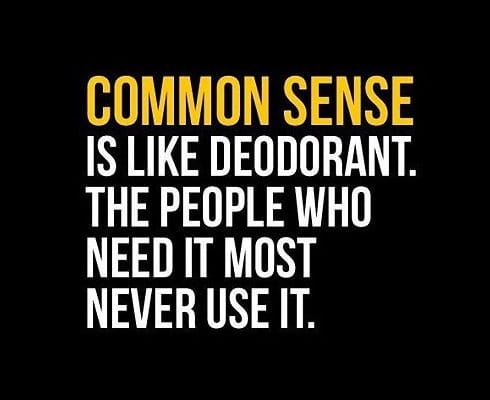 “Common sense is the knack of seeing things as they are, and doing things as they ought to be done.” ~ Harriet Beecher Stowe
There again, Albert Einstein: "Common sense is the collection of prejudices acquired by age eighteen." The truth is somewhere in between: being as objective as possible, understanding how things work and function practically and in reality, and not being blinkered by prejudices and conditioning. "Minds, like parachutes, function better when open."
“Believe nothing, no matter where you read it, or who said it, no matter if I have said it, unless it agrees with your own reason and your own common sense.” ~ Buddha
Samuel Smiles said that common sense is practical wisdom guided by good sense, disciplined by experience and inspired by goodness.
“Remember the phrase, ‘The real teacher is within you.’ Very simply, that teacher is to be found in the common sense of your own heart.” ~ Sara Paddison
Your heart-felt feelings, when inspired by love, inevitably reflect the truth of things and are a sound basis for your not-so-common sense. 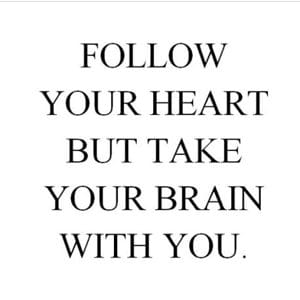 Some articles about common sense...

From Fear to Understanding - by Henry Ramsey

So many seek external solutions to what they intuitively know can only be realized inwardly, through introspection, and yes, sacrifice. Ironically, you are sacrificing now, but wrongly, and to no avail. Sacrificing your time, your coin and your energy in the pursuit of accumulation and diversion; anything to escape being alone with yourself. You have taken the easy route and bought into shallow labels like success, status and possessions. However, as you will see, these temporal illusions are merely the blind leading the blind to the brink of chaos. Humanity's ill conceived excesses, and lack of common sense and foresight, are spawning a confluence of unintended events, hurtling mankind toward ecological, financial and social disaster. Continues...