For instance, we can substitute Tom for Hermonie in the sentence:

Tom went home.
We know that Tom is a Proper Noun, and because substituting Tom for Hermonie makes a grammatical sentence, then we can conclude that Tom and Hermonie perform similar functions in the sentence. In fact, both are Proper Nouns.

We can substitute she for Hermonie in the above sentence:

In the sentence below, we can substitute ran for helter-skeltered:

Tom helter-skeltered down the road.

Tom ran down the road.
helter-skelter therefore has a function similar to ran. They are both verbs.

We can substitute big for black in the following sentence:

The black cat crossed the road.

The big cat crossed the road.

With adjectives, we might have to substitute a word before a noun with an expression after the noun.

We saw a tall man.

If we substitute however for but in the following sentence, we get:

Harry was usually mean but he always gave to charity.

Harry was always mean however he always gave to charity.

Something is wrong. It isn't grammatical. If we read the sentence aloud, we have to pause before and after however, to make it sound idiomatic. In speech we have to separate the two clauses with a pause. In other words, we have to turn them into sentences. We write this as:

Harry was usually mean; however, he always gave to charity.

Harry was usually mean. However, he always gave to charity.


The Last Place in Space
- by Ken Ward

When pilot Philip Turner is accidentally transported by an anomaly and marooned on an unknown planet, he discovers the planet is threatened by a group of ruthless aliens similarly marooned. With the help of a group of young women with superpowers, and a powerful being called a god, he reluctantly uses his advanced knowledge and technology to help the planet's inhabitants, but will he succeed when outnumbered by aliens, opposed by greedy and squabbling kings, and limited by his gentle nature and moral beliefs? Paperback and Kindle:
Buy now at Amazon.com 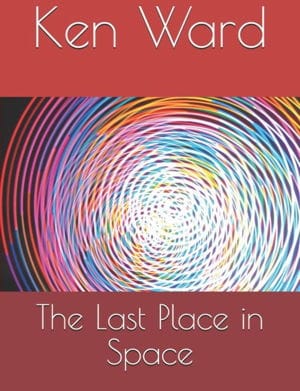