How can I go beyond feelings of anger, grief and loss from my childhood?

The questioner's philosophy
I was raised with no definite religious philosophy in life although my immediate family members were Quaker or Pentecostal. I believe in a higher being which I call Universal energy. I am spiritual, leaning towards a Pagan sensibility.
The questioner's hopes and aspirations
To free myself from the pain of past relationships and abuse, to break the cycle so to speak - and to be able to successfully build a strong family and community network in which I can trust.
Question
Question: I was born into a small family that was often separated by distance. My mum had a few emotionally abusive relationships that I was witness to/part of during my early childhood (including a verbally abusive relationship with her mother). I was then raised by her, with my sister, on the opposite side of the world to the rest of my family.

I was bullied badly at school and discovered alcohol and sex when I turned 16. I was raped by three boys at a party when I was 16. I gained a bad reputation at school after this event. I proceeded to drop out of further education and spent my life drinking excessively, practicing frequent unsafe casual sex and putting myself into highly risky social situations. I never indulged in illicit drugs although they were prevalent in the social group I was in. I have moved between my country of birth and the country I was raised in several times in adult life, seeking a feeling of belonging.

In my adult years I have had many emotionally and physically abusive relationships. I was diagnosed with Borderline Personality Disorder with high anxiety levels, major depression and an abandonment complex a few years ago. I have been using a medication that has helped with the depression for the past three years. I have also undertaken some counseling for victims of domestic violence. I have also almost completely stopped drinking alcohol. I cannot control my emotions when I drink.

I have now met a really wonderful, patient, loving man. He is so very stable, calm and the complete opposite of anyone I have ever met. During our relationship, I often have 'meltdowns' where I over-react to things he has said or done and often take out my inner pain on him by saying hurtful things. This behavior is pushing him away and he says that although he still loves me he is not sure he can take any more of my behavior. Will I ever be free from the damage of my past? If so, how can I be free? I want to stop running and stop ruining my relationships.

To use an unfortunate expression, "shit happens" - and it happens to everyone. However if it happens when we are young it can leave a legacy that lasts. From your email I sense that you had a rather insecure and unhappy childhood. There are two issues that stem from your early experiences: When we are young, as we grow we evolve from the unconsciousness of infanthood, into early childhood awareness and later into a more adult awareness during our teenage years. To come into this adult awareness we attempt to "make sense of life" at different stages of childhood and form "beliefs about how life works". These invisible mental structures then curtail our freedom of expression and creativity because they act as a filter through which we view other people and life's circumstances. This filter then unconsciously determines our reactions and causes suffering because where these beliefs do not correspond with the reality of the experiences we are having, they cause inappropriate or unwise ways of "being-in-the-moment." Your aim now is to heal yourself by: For example when you were bullied at school, you may have "decided" that the world and other people are a threat. You may then have "developed" the unconscious belief that people cannot be trusted. This belief would then be working in your relationship with your boyfriend today. For example if your boyfriend said something innocuous like, "I don't want to go out for a meal tonight", he may have meant quite innocently that he doesn't want to go out tonight, perhaps because he is tired - but through your filter that "people cannot be trusted", you may feel that he "has another girlfriend and doesn't love me anymore" to use an example (your actual feelings may be different), and this erroneous interpretation of your boyfriend's motives may cause you to behave inappropriately in-the-moment, causing you to have a 'meltdown' where you over-react.

So the first task I am going to give you is to keep a notebook in your handbag and whenever you find yourself reacting inappropriately, to find a quiet corner after the event and see if you can recall an event early in your life, that led to a "decision," that formed a "belief," that you are holding unconsciously and that is causing you to react in this inappropriate "way of being" today. Then when you are clear about the chain of cause and effect, ask how you can choose (because we all have the power to make this choice) to be-in-the-moment differently, so that you will "create" a different and more appropriate result with your boyfriend (or with anyone else you choose to be with). 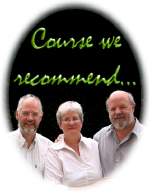 The second task I am going to give you is to address the unresolved grief I sense you are holding. As an adult you are holding in a lot of pain you have from your early experiences - loss of security, family and opportunity. For this I suggest you purchase The Sedona Method. The Sedona Method is Trans4mind's top recommendation for coping with and learning from a major loss in your life and will be a great help to you in going beyond your current experiences of pain and emotional turmoil.

This method taps your natural ability to let go of any unwanted thought or feeling on the spot. This will free you quickly and easily have more radiant health and well being, plus break bad habits and other self-sabotaging behaviors. You will also be able to free yourself from stress, tension, panic, fear, anxiety, fatigue, insomnia, procrastination, co-dependency and uncontrolled anger and grief. In short, you will enjoy living a happier, more productive, more satisfying, more loving and joyous life.

I wish you good fortune in your personal healing. If you persist you will make slow and steady progress. Then in time, you will be able to free yourself from the pain of past relationships and abuse, and be able to successfully build a strong family and community network.

Susan Nash, Public Safety Systems Analyst, FL in May, 2009 comments:
Dialectical Behavior Therapy is one avenue for dealing with Borderline Personality Disorder. BPD is a very serious mental illness with significant suicide risk. I think she should look for a therapist who has been trained in DBT – it is the treatment modality with the best success rate for a very difficult to treat disorder. Here is some information...

Support your personal development with these popular and effective hypnosis downloads...

What can we help you with?
Search now on an issue that concerns you...

You will love the way you feel after using one of these hypnosis audio downloads. You can listen on your computer or CD, or use the app on your phone or tablet. Each audio has been carefully crafted by professional hypnotherapist educators with a proven track record and since 2003, over 600,000 have been downloaded.

Find exactly what you need:
View all 1000+ Hypnosis Downloads here...