I am being asked to date a married man - but I have doubts that he loves me?

The questioner's philosophy
Living my life to the fullest, giving my love, heart and devotion to those that I love and being honest always. I am a Hindu.
The questioner's hopes and aspirations
I hope to share my life with someone who truly loves me and able to communicate and share my love and experiences with that Soul mate.
Question
I am a divorcee. One and a half years before I got my divorce, I was keeping in touch with a male ex-colleague who is also married with two children. We often keep in touch through email only and meet each other for a drink occasionally.

While we were friends, he did mention to me that he is not having a happy married life and that his feelings for me have grown into love. Deep down I also have been feeling the same way for him. After a year of our friendship, I got my divorce and the divorce was not because of my friend.

My marriage has been empty for the past 5 years and I got the courage to ask for a divorce and move on only this year. I told this man about my divorce and our friendship still continued. So far I have not given in to him physically, as I do not believe in physical intimacy before marriage and he is already married - albeit unhappily.

Recently my guy friend told me that he wants to be with me but he is not divorcing his wife. He just wants to have a relationship with me but he is not able to give me the status of being his wife. He has mentioned to me that his wife is giving him lots of problems. Everything is a problem to her. They even went for counseling but it is not helping and he told me there is no point in talking. He keeps saying he loves me very much. I told him that I will only accept it if a man marries me. I will not take the offer of having an affair with a married man. My friend said he is confused and is not able to decide.

My question is - how do I know if this man truly and sincerely loves me, or is he just making up stories about his wife to gain my sympathy, so that I give myself to him. Even though my friend says he is not happily married, he often takes his wife, whom he claims is giving him problems and not loving him, out for vacations overseas every year together with his kids. This makes me wonder if this guy friend of mine is true and sincere about his love for me or not.

You are quite right to doubt this man's love. Love is more than a feeling - it involves a lifetime of exclusive commitment to one another. The issue is not that he has feelings for you and you for him - the issue is that he is married!

Consider what would happen were you to have an affair with this man. You would be meeting here and there in secret, skulking around like spies to avoid detection. Is this the kind of relationship you want? Furthermore he would never be really able to give himself to you since he would always be in a married relationship with his wife. You would spend long times away from him frustrated and resentful - hardly the recipe for a happy liaison.

Then one day, while you were sitting at home frustrated, you would get a phone call from a woman who you would quickly identify as his wife. You would know she was his wife because she would be really mad at you and she would accuse you of stealing her husband, upsetting their children and breaking up their family. Is this really what you want? 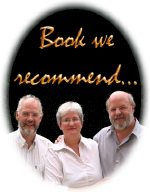 Is this man really soul mate potential anyway? If he lacks integrity so much that he is prepared to cheat on his wife and cause huge hurt to his children is he a man of soul? And if he isn't a soulful man how can he be a soul mate?

You are being carried away by romantic feelings. Love is more than a feeling. Love always looks at the big picture - at the entire situation - and acts in the best interests of all concerned. Love never acts from a narrow selfish perspective engendered by ephemeral feelings.

Better by far to give up this relationship altogether and have nothing more to do with this man. You will be doing yourself and everybody else a big favor. Instead of chasing after rainbows look for the mighty oak rooted in the forest. Make yourself available only to single romantically unattached men.

Candy Saunders, July 15 2008:
I commend this lady for holding true to her belief and questioning this man's intentions. She sounds like an awesome person who deserves a loving and truthful relationship. I suggest she run from this gentleman and never look back. As long as he's around, he will be holding her down from finding that true caring person she deserves.

Dhara Rishi, July 15 2008:
The question sounds similar to many people these days. The man she is attached to, seems to be flirting with her.

Again, who doesn't undergo problems in a married life?.... even if it seems "blissful" to people. It takes time to be ONE from TWO different individuals. The current lifestyle itself is strenuous and marriage has its own stresses attached.

Lori Guenther, July 22 2008:
What you are saying here is very true. I was in a similar situation and did have a full fledged affair. The affair ended, but years later my spouse found out about it through other ways. He was hurt very deeply. We were able to seek counseling and work through the many things which led to the infidelity.

But, you are correct when you advise her not to continue having involvement with this person who is currently married. He is unable to be 'emotionally available' to her and she will always be number two, praying or waiting for someday to be number one. She will never get to number one unless the man with whom she has these feelings for deals with his own issues, and takes responsibility for them, and does something about them. (Like get a divorce.) Number two is a lonely place, full of fear, abandonment, distrust and resentment. One person told me long ago and I did not heed her advice but wish I had in this particular circumstance. "It is far better to be alone, than to be with someone who makes you feel lonely."

I agree with you that she should make herself open to all the other available men. She has so much to offer, and is so deserving of being "number one."

Serena Kelly, July 2008:
For Wallace: While I was reading this women's 'letter' to you, I felt really bad for her and the thing is, I agree 110% with the advice that you gave her, because it is so true.

For the "victim": You need to be really careful. I've never really been in your situation, but I can relate to what you're going through to a certain extent and this is the advice that I have for you.

My views: One, the advice that has already been given to you is spot on! If this man really loved you as much as he says he does and if his wife was such a huge problem for him, he would do what he needed to do to ensure that if the two of you got together and started a relationship, it wouldn't affect you negatively.

Another thing, I really do believe that there is always two sides to a story, sometimes even three... "Your side, my side and the truth." All you know about this man's wife is what he has told you and obviously you choose to believe him, because he loves you; and because he loves you, you believe that he wouldn't have any reason to lie about it. When a marriage tends to fail, there is always a reason for that and it takes two people to make a marriage work and it takes two to make it fail. When you get married to a person, you should know what/who you're getting married to.

There are kids involved, which makes it so much worse! Those poor kids will be affected by it, which isn't fair and he needs to make a decision. If he is so unhappy with his wife, he needs to file for divorce and there is no excuse regarding to kids. There are many ways to do things properly. You are both adults and need to do what's best for EVERYONE involved, including this friend of yours' wife and kids.

The last thing you also need to take into consideration is; It appears to me that he will be able to have an affair with you, without really feeling bad about it. If he can do this to his own wife, with whom he has been raising a family, what do you think will stop him from doing this to you should he meet someone else the same way he met you.

Marriage should be taken seriously and any romantic relationship, whether it be marriage or not has its upps and downs, which is normal. Just think about it and at the end of the day, its your choice to make, but all I want you to know is that any women who wants to be happy and who wants to be able to trust the man in their lives and who would love to be in a relationship with someone they can trust and rely on to be faithful and truthful to them will know that this is wrong.

Don't make your decision based on just your feelings for this man, think of everything else that can happen should things go horribly wrong. Ask yourself whether you will be able to live with yourself knowing that you are having an affair with a man that is married and who has kids.

I'm sure that regardless of what problems him and his wife are having, they love each other too and his kids must love him too. I'm sure you can be with someone who will want to be with you and only you and not expect you to do something like this.

Support your personal development with these popular and effective hypnosis downloads...

What can we help you with?
Search now on an issue that concerns you...

You will love the way you feel after using one of these hypnosis audio downloads. You can listen on your computer or CD, or use the app on your phone or tablet. Each audio has been carefully crafted by professional hypnotherapist educators with a proven track record and since 2003, over 600,000 have been downloaded.

Find exactly what you need:
View all 1000+ Hypnosis Downloads here...