Going With the Flow While
Swimming Against the Tide

It is often said that living a spiritual life is full of paradox - and one of the biggest paradoxes is that we can find ourselves at one and the same time going with the flow and swimming against the tide!

How can this be?

When living a spiritual life we are open, sensitive and aware, ready to take in new information, especially that which rises up from deep within. This deeply felt guidance is the foundation of our spirituality, and as we progress we become evermore adept at both listening to and following these heartfelt inner promptings - until a point is reached where there is no longer any hesitation between intuition and action.

This is the level of the spiritual teacher. His/her authority is inherent and comes from personal integrity. The spiritual teacher no longer needs to be trained, to read books or to consult with others to know what he must do. Clarity arises when needed from within the situation in which he finds himself.

The great spiritual masters displayed this skill and used it with huge effect, so much so that they altered the course of history and are still revered today.

But was their message welcomed?

If we take the example of Jesus, it slowly dawned on him the significance and then the enormity of his mission. He started by describing himself as a messenger of God, then the Son of God, then finally he declared that He and God were One. He attained this status by going with the flow - recruiting his assistants from the shores of a lake, declaring he would make them “fishers of men” and traveling from town to town to wherever there were those willing to hear his message.

As his journey and his message of love and forgiveness spread, and as the common people gathered in large numbers to hear him speak, opposition to him grew as well. Jesus was beginning to live the paradox. He was both “going with the flow” and “swimming against the tide,” because the authorities saw him as a threat to the established order and power structures of the day, power structures that they believed worked in their own best interests. (They we’re wrong about this of course as Jesus’ message of love and forgiveness worked for everyone).

And so they crucified him.

And the same dynamic is at work today for each individual advancing on the spiritual path. He must learn to become increasingly adept at both going with the flow and swimming against the tide, just as Jesus and many other spiritual teachers had done, all the while using his integrated awareness to keep from getting crucified, either metaphorically or actually!

For a spiritual teacher is a law unto himself, in as much as he only obeys those commands that emerge deep from within. He follows these powerful continuous inner promptings because he made a decision many decades earlier to surrender his life to his Higher Self and to deepen his surrender with every passing year.

The spiritual teacher knows that although he will have helpers, his is a journey he must travel alone. For the journey requires that he manifest and share his own unique gift for the world. A gift that is born by his going with the flow and which simultaneously has him swim against the tide! 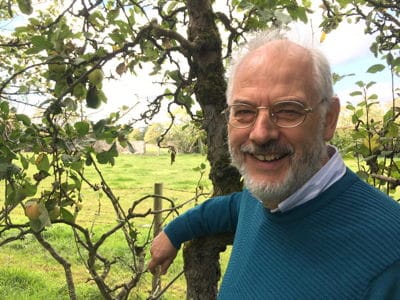