Have you ever wondered how footballers are going to spend their enormous income? You may think about their fancy car or luxury villas, right? However, there is a thing that you may not witness: their charity work.

Many footballers are contributing their large amount of money and time to many different charitable organizations publicly or privately. Here we list some of the most charitable footballers in the world so that you can see another side of these famous sports superstars. 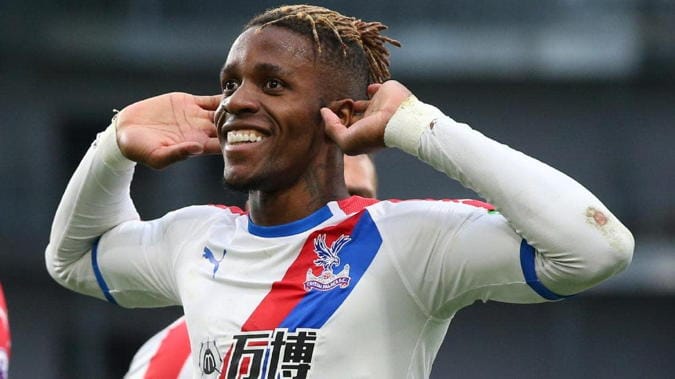 Dazet has donated 10% of his wages to charities. Source: Fox Sports

Dazet Wilfried Armel Zaha was born on 10 November 1992. He is a professional footballer playing as a forward for Premier League club Crystal Palace and the Ivory Coast national team. Before, it seems that the Ivory Coast winger did not appear too much on news. He even experienced tough time of his rumours before hitting the headlines during the mid-October.

Noticeably, he has kept on with his charity work from the start of his professional football career, not from when he became famous. Talking about his award, Wilfried Zaha says that he has been giving 10% of his wages, from the very first one, back home to anyone who does not have anything and anyone less fortunate. He gave financial donation to Tamara’s Hope, his sister’s orphanage, and took care of the children who had nothing. And that helping those in life is what brings his joy.

Cristiano Ronaldo is by far one of the richest footballers in the world. He earns £500,000 a week as wage at Juventus, not to mention the big and long-term contracts with Nike, Electronic Arts and Herbalife, and his own revenues from CR7 clothes, shoes and underwear. 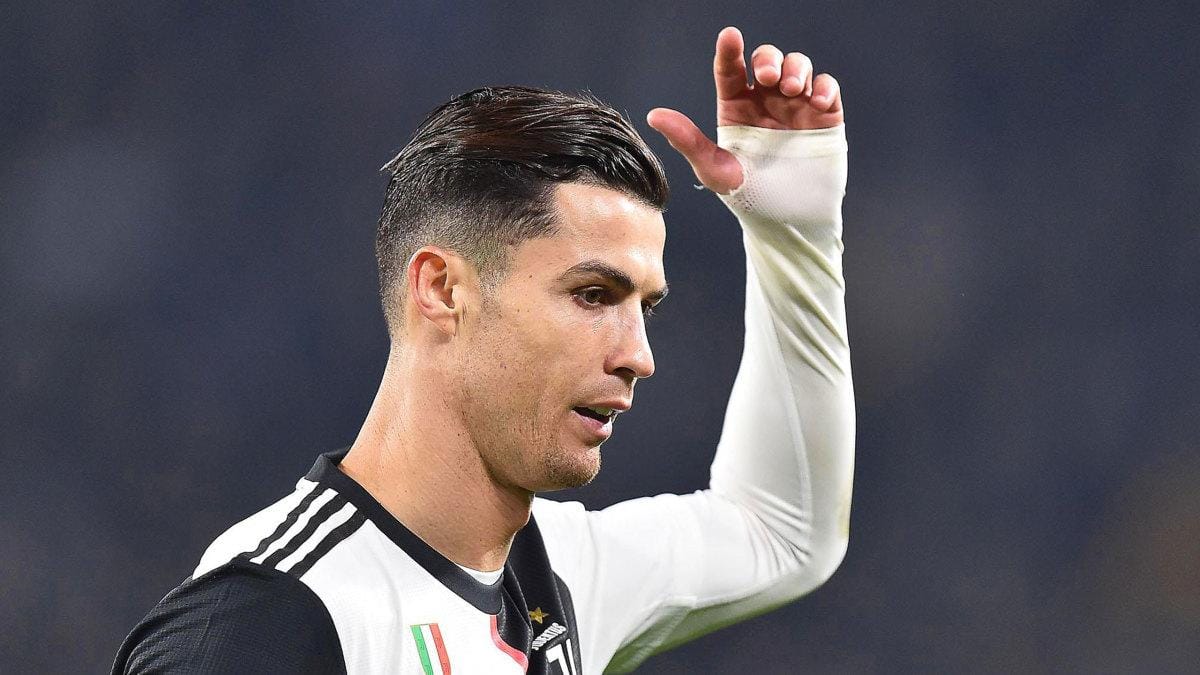 Cristiano Ronaldo is one of the most charitable footballers in the world.
Source: Sports Illustrated

Not only is the most famous sports superstar in the world, but also Cristiano Ronaldo is one of the most charitable men who has donated a large part of his income to charity organizations. In 2015, Cristiano Ronaldo was awarded the most charitable sports person as he gave a series of big cash sums to charity and people who are in need. He even gave all of his bonus of £89,000 to the Red Cross when he was named in the UEFA Team of the Year in 2013.

In 2014, his team Real Madrid won the Champions League and Ronaldo received the bonus of up to £450,000. He did not keep this amount to himself, even it was the reward for his efforts, but rather giving it straight to charity. In 2005, after seeing a child wearing his Portugal 7 shirt stranded after a terrible earthquake occurred in Indonesia, Cristiano Ronaldo decided to come to the country to do the charity work himself instead of just giving money like what he used to do.

Besides, there is a fact that hardly many people know. Cristiano Ronaldo is an ambassador for three famous charities, including Save the Children, UNICEF and World Vision. He made a great donation to Save the Children but asked them to keep it a secret.

There are many times he helped his young fans, notably the story of Nuhuzet Guillen. Guillen was a nine-year-old fan who was fighting against terminal cancer in 2009. Alerted by his story, Cristiano Ronaldo sent a driver to bring the family to the hotel where he was staying. He paid all the treatment costs to his young fan at a private medical centre for more than a year, before the boy sadly passed away in 2013. 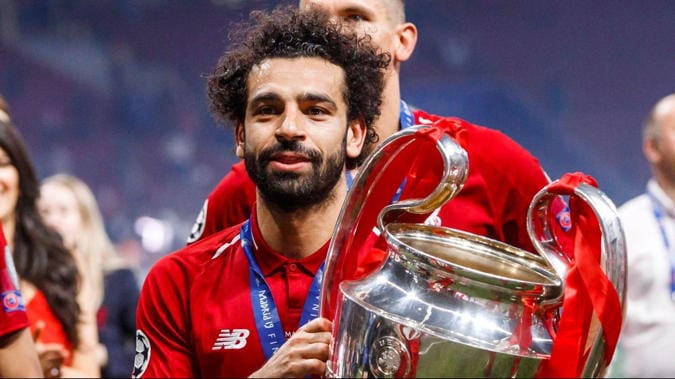 Mohamed Salah Hamed Mahrous Ghaly is an Egyptian professional footballer who was born on 15 June 1992. He is now playing as a forward for Premier League club Liverpool and the Egypt national team. His finishing, dribbling and speed are well-known globally, besides his charity work. According to BBC, Mohamed Salah Hamed Mahrous Ghaly established a private foundation named Mohamed Salah Charity Foundation in his home village of Basyoun. This foundation is aimed to provide financial aid to 450 families by giving them monthly allowance.

He also gave his money to help former footballers in his home country have a chance to develop their talents. More than that, in 2017, while Egyptian economy was experiencing its tough period, the sports superstar donated £234,000 to the Egyptian government. After a terrorist attack in Cairo on August 5, 2019, which caused an explosion outside the National Cancer Institute, he donated £2.5 million from his own pocket for the repair of the Institute.

Not only using his money for charity work, but Mohamed Salah also took part in different campaigns. The most notable one is a drug addiction campaign 2 years ago. With the participation of the sports star, the Ministry of Social Solidarity’s hotline witnessed a 400% increase in calls. Besides, the videos with him reached more than 8 million views after 3 days, helping the campaign to be successful.

Through his father, the Egyptian has dedicated a huge amount of money to those in need in his hometown. And not similar to some other people who forget their villages and even their countries when they became rich, Mohamed Salah has never forgotten his roots.

Héctor Bellerín Moruno, a 24-year-old Spanish professional footballer, plays as the right-back or wing-back for the Premier League club Arsenal and the Spain national team. Hector Bellerin is among one of the most charitable footballers and actually hit the headlines when he sent a handsome donation to those who were affected by the Grenfell Tower fire. 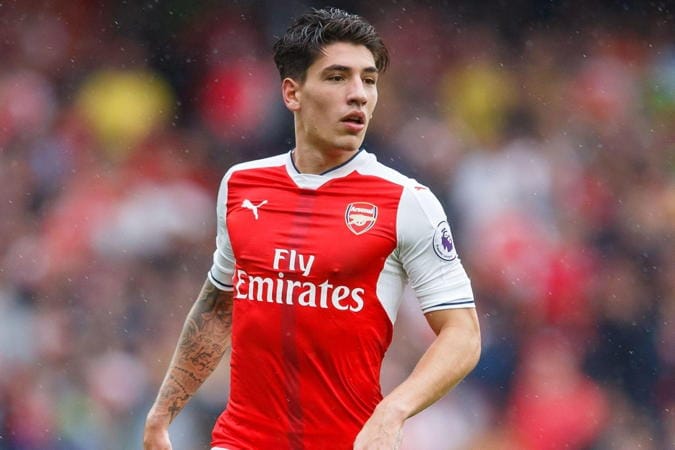 The fire during the early morning of 14 June 2017 in the Grenfell Tower in west London caused 72 deaths and more than 70 injured and is said to be the worst residential fire in the United Kingdom since the World War II. Bellenrin was one of the first footballers to give his money to help victims in this terrible fire.

This Spanish sports star also promised to donate £50 for every minute that he plaid at his upcoming U21 European Championships and fulfilled his pledge by donating up to £19,050 to charity.

Behind the fancy lives of those famous footballers are warm hearts which are willing to help people who are in need. We admire them, not only for their talents and skills but also for their charming personalities.