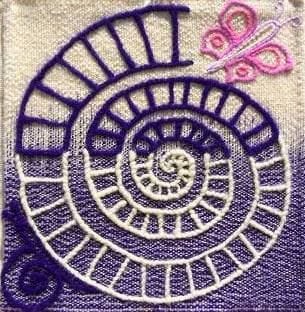 Brian Tracy, Unlocking Your Creativity
I began studying creativity more than 20 years ago. I thought it was an ability that was possessed by a few, especially intelligent people, such as artists and writers and scientists. But as I delved further into the subject, I came to a remarkable conclusion:

abracad, A Rational-Intuitive Decision Making Model
Making decisions is often one of the toughest challenges we face as human beings. And yet having the ability to decide is one of our greatest causes to rejoice, since it proves we are more than mere automata controlled rigidly by inflexible physical laws.

Beca Lewis, See What You Perceive
I kept looking but I couldn’t see him.  Del told me that he was running the stairs.  I would jog by where he said he was, not see him, and run home thinking I must have missed him.  But, every day he would come back and say “I saw you!”.

Pam Garcy, Part 6. The path of apparent least resistance…
Ever say that one to yourself? Ever stop yourself before you really even get started? I heard someone say it the other day. He said, "I just take the path of least resistance." Sometimes, this is the right thing to do.

Guy Finley, Step Out of the Rush
Before you can step out of the rush and into your own life, you must first see that while anxious, hurried feelings often lend a temporary sense of self-importance, these same racing emotions actually rob you of the power you need to be self-commanding. A brief investigation will confirm this finding.

Stephanie Marston, Remember What's Important
One of the cornerstones of reducing stress and living a more balanced life is to know what you value-what's most meaningful in your life. Yet when our life is all about completing the millions of tasks on our "to do" list we often lose our perspective.

Chuck Gallozzi, Sense of Humor
When you lose your sense of humor, you lose your footing... When the going gets tough, how does one keep a firm footing and avoid slipping and falling into an abyss of despair? There is no better tool than a sense of humor. To support this claim, here are the words of three great men who acknowledged the power of humor to overcome adversity.

Rob McBride, Happy, Healthy, Wealthy and Wise
All we really want in life is to be happy! As stunning as this astounding discovery may seem, what is not quite as obvious is how to attain this worthy ideal.

Gabriella Kortsch, Committed Relationships…
Society generally considers that relationships owe us happiness and bliss ever after. While happy couples do exist, divorce statistics indicate a great majority simply is not happy after the first glow dims.

Keith Varnum, Get in Trouble on Purpose
Why would someone want to get in trouble on purpose?
Well, if you were a masochist? Or an idiot? Or crazy? Or all of the above?
No, it's more like someone who's decided to "play with trouble" as a lifestyle choice!

Steve Wickham, Acting in the Day — Not Troubled for Tomorrow
We, of course, must plan our lives, and certainly to that end to live in eternity, and not least of which now, extending until our last breath is taken - of which we don't know when that is.

Charles F. Haanel, The Master Key System, Part Thirteen
Physical science is responsible for the marvelous age of invention in which we are now living, but spiritual science is now setting out on a career whose possibilities no one can foretell.