Football is a king sport that the love of fans has never stopped. Regardless of the countries with remarkable achievements or small teams, enthusiasm and cheering become indispensable proof of their love of football.

In this article, let's take a look at 7 countries with the most intense love for football on the planet!

Top 7 Countries That Love Football Most in the World

If anyone has ever been to Brazil once, they find that Brazilians love football so much.

The fans of the world were shocked when Rogério de Carvalho dyed his whole teeth in the flag of Fluminense club. Besides, we also can not forget the story of young Carlos Eduardo Araujo painted all personal items, his house, and his car black and red, which are the color of the Flamengo flag.

Brazilians always understand each other that football is religion, and religion is inviolable. Brazil is the No.1 champion of the World Cup with five crowns in 1958, 1962, 1970, 1994 and 2002. Probably everyone wished to be in Brazil in those moments to witness how this country loves football. 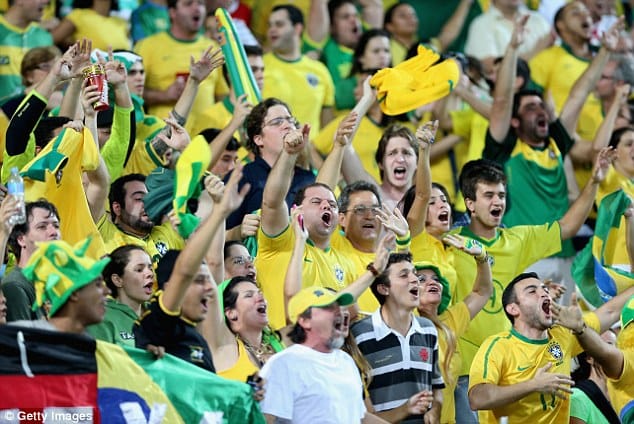 In July 2014, when the German team sat on the throne of the World Cup, the joy of the German people spread more than ever. Returning home after winning the world championship in Brazil, the German team members were warmly welcomed as heroes.

In Germany, football is never mentioned without the absence of beer. On the tram to the stadium, before the ball rolling, every fan holds a beer bottle, regardless of whether they are male or female.

It is the football love of the fans that have contributed to the German team winning remarkable achievements on the pitch. 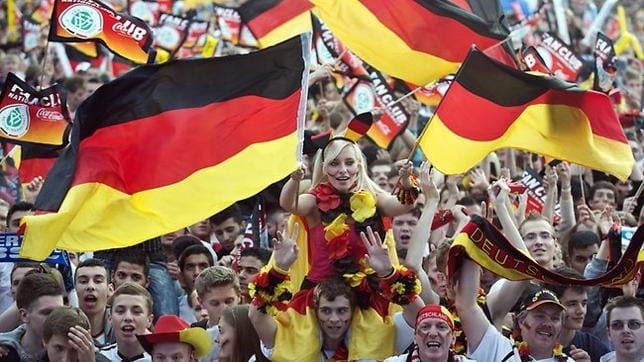 Parades and celebrations are always indispensable to Spain's football festival. It is a moment when tens of thousands of fans joined in one stream. They dance, cheer, and celebrate with lots of colors, vivid sounds as well as great emotions.

The country of the Iberian Peninsula is always in the top 20 on the FIFA rankings, along with the large stands with a capacity of up to 100,000 seats. That is enough to affirming how much the tradition and passion of football are in this country. 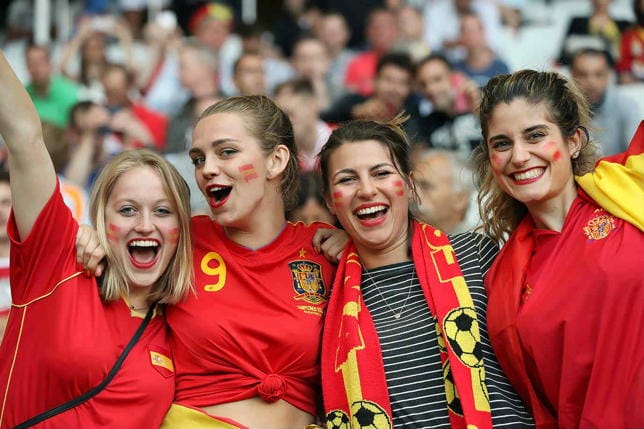 We can not deny that in Japan, baseball is preferable to football. However, since 1993, when the Japanese have invested in football clubs, a lot of talented coaches and famous football stars have started a professional football career, and they have had a fast development to this day.

After each winning match, the celebration party held by Japanese football fans is indispensable. At the stadium in Saitama prefecture, more than 4,000 fans danced and sang in the morning.

Also in Shibuya district - the center of Tokyo, some fans expressed their joy by climbing the electric pole to cheer as Japan reserved the right to continue after the 2010 World Cup group stage.

Notably, the beautiful action for football love in Japan is the image of the fans who linger to clean up every small piece of trash in the stands of Arena Pernambuco in Recife at the 2014 World Cup, which makes the whole world admire. 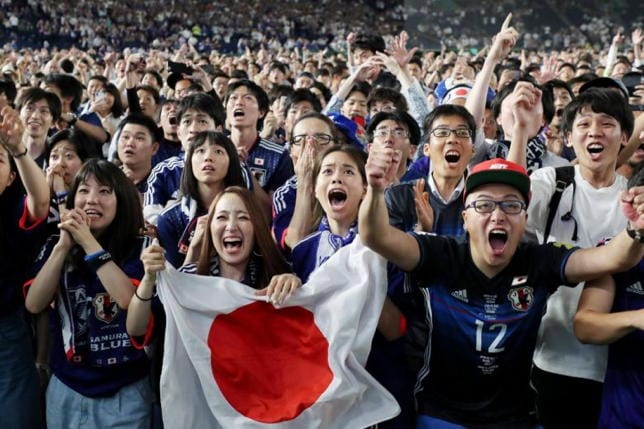 Being a small country on the map of world football and not having many great achievements on the pitch yet, the love of Vietnamese football always makes the world friends admire.

The recent victory of U23 Vietnam seems to be enough to express all the enthusiasm and sincerity of more than 90 million Vietnamese people for football. Many world fans were overwhelmed by the monumental celebration on the day U23 Vietnam won the runner-up.

They welcome the returning players like the champions as well as the heroes. Vietnam's love for football really spread and went beyond the borders to become something that they are still proud of today and tomorrow. 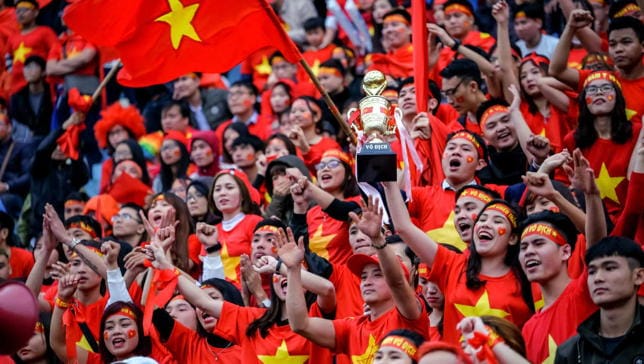 For Argentina, football is not just a sport; it is also a part of life, as well as breathing air and eating.

For a man in this country, there are three most important things in their lives: women, food, and football. But in the days of football matches, this order will be changed: football, food, and women.

Argentine children plaid football when they were very young. The competitions can take place everywhere, anytime, outside the plaza, on the street, or in the schoolyard. This is also the country that has contributed many talents to the world turf such as Lionel Messi, Andrés D'Alessandro Nicolás, Arnaldo Ariel Ortega,... 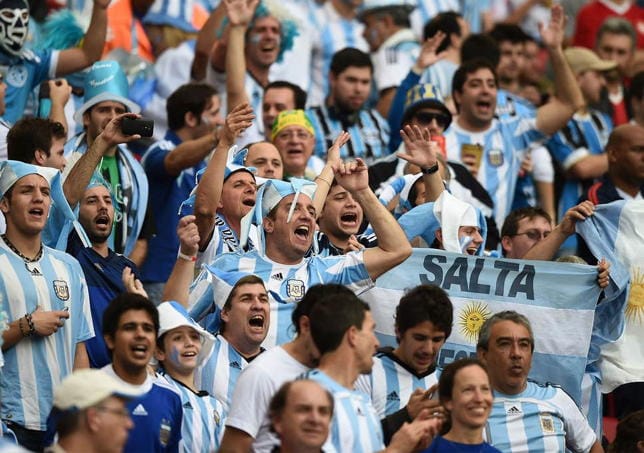 Looking back on the achievements that French football has achieved over the years, it can be seen that football is an indispensable sport for the people here.

As for the victories, the fans will celebrate singing on the way back from the stadium, as a way to show their joy. It could be the club's iconic song, or it could just be called the best player of the match.

Perhaps we still had not forgotten the moment when Paris broke out when PSG won the battle with Chelsea in February 2016. People were passionate about football stories in pubs, coffee shops, in the streets around the park yard.

This the first time in years, the roads leading to the Prince's Park ground have been so clogged for so long. Indeed, football has created things never before seen in this great city history. 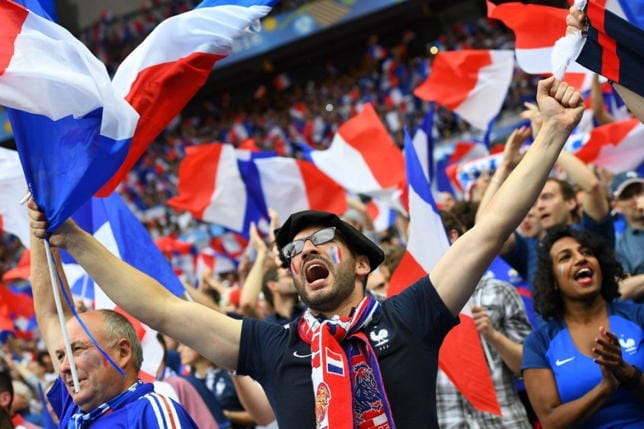 The love of football brings people closer together, more united, and becomes a symbol of the athletic strength of each country. And that love has become the strength to follow the players to create remarkable achievements on the pitch.

Above are 7 countries with the most intense love for football on the planet.