What Influences Your Worldview? 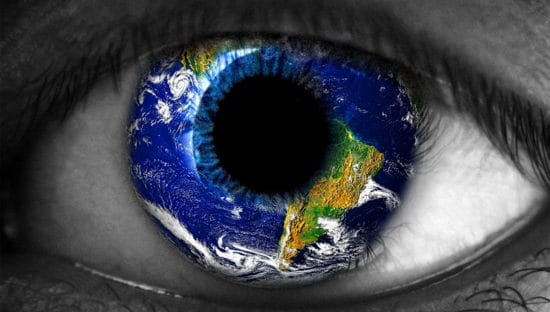 To start with, what is a worldview? For many, it can be hard to define worldview and all that it entails. For others, the worldview's definition is a little easier to put into words. Truthfully, it all depends on your personal worldview examples. A good definition is found in the word itself: It is how you view the world through your own perceptions. Your history and psychology can both play roles in it. But what influences it?

Your family determines quite a lot about your upbringing, and thus how you see the world. It isn't the end-all, be-all deciding factor, of course, but it is a strong element. Though you may eventually see things differently, you'll likely always be affected by that first impression you received from your closest ones.

Next on the list are your friends. How they treat you can affect how you expect future relationships to go. The opposite is true, as well: You learn how to behave towards future friends by how they allow you to value them now. You'll also likely share certain experiences that will similarly change your worldview. These can diversify groups of friends in the same way, even if they come from different backgrounds.

Though most of the modern world would like to pretend that this isn't true, your life changes dramatically depending on the social class that you're born in. Often, this also coincides with finances and wealth. Those who are more privileged are more likely to believe in a just, fair system, while the less privileged may be more suspicious and distrustful of the system. Your social class often determines how you are treated, and, because of that, how you see the world.

The more educated you are, the more you'll likely know about the world. And we don't just necessarily mean geography, biology and other subjects. Those who have the opportunity to crunch over a literature essay or spend time putting together online flashcards will likely have a broader experience than those who don't. This means that their worldview isn't as limited. The uneducated often have a much narrower view, usually the one focused on the small area in which they live.

We each build up our own morality from a combination of what we've mentioned on this list so far, as well as other forces, such as the law. As we look at the actions, we can determine, according to our worldview, what is moral and what isn't. That shapes how we view everything around us. A business owner may see no moral reason not to outsource, while someone who has lost their job because of this might perceive it as immoral.

Lastly, you see your worldview from the actions you as well as others take. We are far more likely to judge ourselves based upon our intentions, rather than the outcomes of our behavior. However, we are more likely to judge someone else based on whether or not they accomplish something bad or good. Likewise, we're likely to view someone with similar backgrounds and intentions as we would ourselves, making us more sympathetic to those like us. Action can dramatically change your worldview.

All in all, there is a myriad of things that can influence your worldview. Starting from the family you're born into, leading up through your class and education, and ending with the actions that you take, you're influenced every day of your life. It's an ongoing, ever-changing process that shapes who you are and what the world is to you.