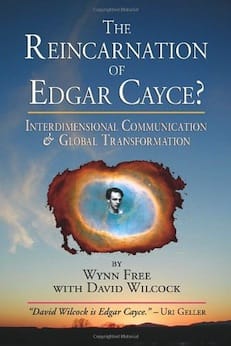 There are systems of guidelines that are fairly universal for one who would follow these teachings. We espouse these beliefs not to create a structure for control, but a platform for personal advancement and vibrational acceleration. Our ultimate goal is to help you to so totally find that God within yourself that you merge with it, and all illusions are penetrated in the light of truth. When this is done, you can step aside from feelings of lack of worth and self-deprecation and truly re-embrace the original Self that hides behind the veil after veil of forgetfulness.

These incremental steps give you the opportunity to release the conditions through which you were born and have suffered under. The realization of the destruction that was caused to your core by your parents and others is only useful when it is combined with the understanding that this was all a product of your own choice. Such experiences and difficulties come about only to mirror the ways in which you have treated yourself so blindly in the past, such as in former incarnations.

The 'Now' is where the power resides, and in that 'Now' you have the complete opportunity to overhaul the forgotten whisperings of desire for a better life and begin actively living in the present. All of this begins with your attitude and a sense of thankfulness and self forgiveness. To look back over the past with a critical eye is not the point; rather it is to see those experiences as having been completely sacred, for the potential that they gave you to reenact the union with the one Creator that you have sought from the beginning.

Relax into an awareness of your personality distortions without feeling that they are a shackle or a binding that you can never throw off. Understand that these distortions will persist to a degree as the teachings continue to be assimilated on many levels. It is not normally possible for any one soul in your current focus to completely undo years and lifetimes of distortion in a short time, nor should you expect sudden results of quick growth. The process of the balancing of the self involves repeated cycles of realization of a particular inconsistency, the taking of steps to alleviate that inconsistency, and the repetition of the realization/action process once more.

Some of the experiences that have the greatest learning potential are those with the greatest difficulty. In earlier stages of your spiritual education it was quite easy for you to see many events in your life as meaningful, but then when the most difficult periods came along you would say, "That's just the way it is," or "I got screwed over" or "Some guys have all the luck, some guys get all the pain."

The factor of the matter is that the majority of souls who are actively working the spiritual path at this time and place, have long since moved past the point of what we would call random catalyst, where things occur in one's life that are of a difficult nature but are not precisely planned and calibrated in advance for their learning potential. Great strides can be made in your awareness when you see how predetermined much of your life's events are. Now this pre-determination may not be something that was planned years in advance, though this is more often the case in many of you would ever think. A number of events can and do get planned under much smaller windows of time, in order to best respond to our immediate needs.

The short time remaining for you on Earth in the present cycle is a time that will be used to its maximal benefit, and you can fully expect that there will be many challenges. Yet you should also remember that the challenges placed before you are carefully calibrated so as not to exceed the capacity you possess to solve them. Truly it may be said that a great deal of the apparent randomness of your life is actually quite intentional, and remains as the next viable opportunity for you to have a major healing of the past. We define feeling as that which removes any of the blockages from recognizing the existence of God within the self, and then becoming that Self.

The struggle of the apparent separation from God is reenacted within the self constantly; this is why we refer to it as the Original Wound. The Original Wound is the illusory perception of separation from God. If you feel that God has abandoned you, then it makes it very difficult for you to live in the world. There is a sense of loss, of abandonment, a violation, of anger, of victimization. Great loneliness comes up for you as well, since you realize that God definitely exists yet seems notably absent. All it takes is one person, one event, one moment, one situation to ready yourself for a reenactment of that original pain, and off you go on one another tirade of useless turmoil and self-inflicted vibrational damage.

Understand that these are typically subconscious processes, and bringing this struggle to the level of the conscious mind is a monumental accomplishment for any entity in third-density to attain. The reason why we give such emphasis to that point is this: it is this Original Wound that is the basis behind all suffering, and also is the final key to complete enlightenment, or reunion with the Source light and love of Oneness.

We have many players on our team on a variety of levels whose purpose is to help you bridge this gap and re-attain what was once yours. The processes of soul evolution are carefully guided and part of a massive combined effort to bring about your greater understanding. And the more you realize this, the more you step away from being a victim in your own life and blaming everyone else for the apparent problems that you are facing, and the more you take an active role in seeing yourself as the sole arbiter over discussions with God that then get acted out on the stage of your life.

When you recognize that the Source within yourself is that same Source that is within all others, you then lessen the difficulties in forming a bridge between how your own issues could be acted out in your life by others around you. The ones whom you hold the most closely and dearly are truly the strongest mirrors for you. Granted, they may have many of your traits and issues in an exaggerated form, and you would have a difficult time ever believing that such traits would exist within yourself. However, they would not still be around you if the purpose had been fulfilled; the guiding forces of life would separate your two paths since it was no longer necessary.

You are doing yourself and others an enormous disservice if you are still naïve enough to think that you have no role or responsibility in the creation of your conflicts. Once you achieve enough willpower to be able to claim that responsibility, you will find that it is impossible to harbor resentment for anyone, since all conflict is born of the illusion of having been abandoned by God. For many, this paint is still very present and can be easily touched off with the slightest of disturbances. Once you recognize that you were never abandoned to begin with and are constantly surrounded by a multiplicity of beings who love you more than you could ever possibly imagine and are working diligently to make you see it, this self-realization and Unity consciousness is the only responsible choice that remains.

Your spiritual growth process is a minute by minute, day by day, lifelong affair, whether you make the conscious choice to see it as such are not. The more difficult experiences will lessen in their intensity when your attitude no longer has a place of resentment and negative emotions over them. Again we state that your attitude is everything, that there can be nothing of greater importance in dealing with problematic situations than keeping a positive attitude. When you can no longer be hurt by either enemies or loving friends, you have stepped outside the prison of third density consciousness and given yourself room to expand into the high levels of your own being. And the trump card in your deck is the awareness that there is no separation, that all is indeed One.

Never forget that your own church of pain can also be the sepulchre of release. Cut loose the ties that bind you to separation and embrace Unity. Relive the memory of that true Home that knows no boundaries, no distinctions, but truly is ALL, everywhere and everywhen. That moment is available to you right now as you read these words, as it is in every moment, should you but allow its awareness to become your own. We wish you well on your continuing journey, and remind you that you are loved more than you could ever possibly imagine. Peace be with you in the light of everlasting Love. We now end this reading. Adonai.

"We want you, the reader of these words, to be reminded that by your simple finding and studying of this material and attempting to live the life that is of greater service to others, you should not worry about whether or not you will be Ascending." ~ Ra/Wilcock

Wynn Free currently resides in Flagstaff, Arizona where he expresses himself as a songwriter, poet, and freelance writer. He maintains a website, wynnfree.com, where he posts many of his creative works.

David Wilcock is a professional intuitive consultant who, since 1993, has intensely researched UFOlogy, ancient civilizations, consciousness science, and new paradigms of matter and energy. Wilcock has been a guest on numerous radio programs and has lectured throughout the United States and Japan. He is also an accomplished musician and composer of jazz-fusion, New Age/meditative, and world music pieces.