The pioneers within society - one in four adults - have already shifted to heart-powered consciousness while the others are finding their way and following suit as soon as they become ready.

The news media, meanwhile, appears to be under the impression that people find fear entertaining or compelling. They believe that a news story that engenders fear is exciting in that it grips the imagination. In reality, people are working through their fears rather than being held captive by them. When you have seen enough news stories and moved on to the next stage of consciousness, then you turn the news off and set yourself free from the stimulation of fabricated fears.

Society, as a whole, works through stages of consciousness. These stages, which were called memes by legendary social scientist Clare Graves, are patterns of development in social behavior. He discovered two tiers of memes and performed extensive research on the first tier of six memes.

This basic tier of six memes reflects the progress of Mankind from the dark ages through modern times. In addition to this, today, the second tier has emerged in enough people for the first two of its memes to be identified.

In pre-medieval times, the predominant mindset in Europe was that of meme number two, that of superstition and tight-knit clans. Then, European civilization passed though the next two stages; tribal conflict (meme three), and then the seeking of order through a hierarchical, feudal system (meme four).

Three hundred years ago, social progress accelerated as meme number five, that of individual empowerment, came into vogue. While the engines of commerce and technology took three hundred years to develop, it has only taken the last forty years for the sixth meme, that of community and caring to appear and spread in the form of today’s ‘Cultural Creatives.’

In the 1990s in America, a study by Paul Ray and Sherry Anderson revealed that a huge 26 percent of adults have made a comprehensive shift in their worldview, values and way of life. These Cultural Creatives are people who love nature, respect the Earth and are deeply concerned about the environment. They like to develop close relationships with each other, and to help and encourage other people to develop their abilities. They care about personal and spiritual development, and want more equality for women and all cultural groups.

This means that if you are searching for better quality of life, less stress, better health, and a simpler lifestyle that includes more spirituality, then you are one of a growing number of people who have already become a part of the greatest social transformation of all time.

In my book, "The Shift: The Revolution in Human Consciousness" I point out that these stages, or memes, correspond exactly to the stages of consciousness in the human chakra system. For example, the solar plexus chakra has two faces. The forward-facing solar plexus chakra has the characteristic of searching for order and purpose in life, just like meme number four. The backward-facing solar plexus chakra resonates exactly one musical half-tone higher in frequency and has the characteristic of striving to succeed in personal achievement, just like meme number five. 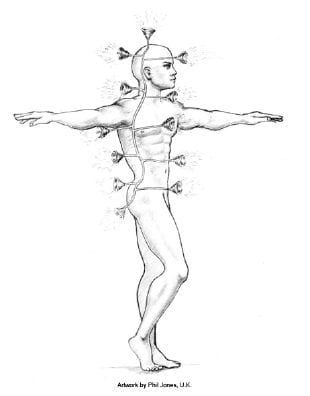 Society, today, is working through its fears in its journey towards heart-centered consciousness. This level of consciousness is associated with meme number six, the receptive, sensitive, forward face of the heart chakra.

A world in transformation may seem chaotic at times because change does cause turbulence. When an established pattern of consciousness is disturbed by a rise in frequency, a choppy pattern appears, one which is searching for a new form. At this time, personal and societal discords can abound as old wounds arise seeking attention and resolution. As the frequency of consciousness rises even more towards the new level, the unsettled patterns morph into an entirely new pattern, one which is even more complex and beautiful than the one it replaces.

People reach heart-centered consciousness, the initial, meme six stage of heart consciousness in their own time. Then they take that next step into the spiritual tier of memes and experience the energy and drive of meme seven’s heart-powered consciousness.

With heart-powered consciousness comes the inspiration of a deeper sense of intuition, the emotional rewards of unconditional love, and a newfound level of inner creativity.

With inspiration, love and creativity, a new dimension of living is born, one which can truly help to create a new and heart-powered world. The world is changing. Welcome to the New Reality!

Owen Waters is editor and cofounder of Infinite Being LLC. He promotes a philosophy of spiritual empowerment through inner connection to the source of your ultimate potential. For the full picture, subscribe to his free weekly newsletter and read "The Shift: The Revolution in Human Consciousness".